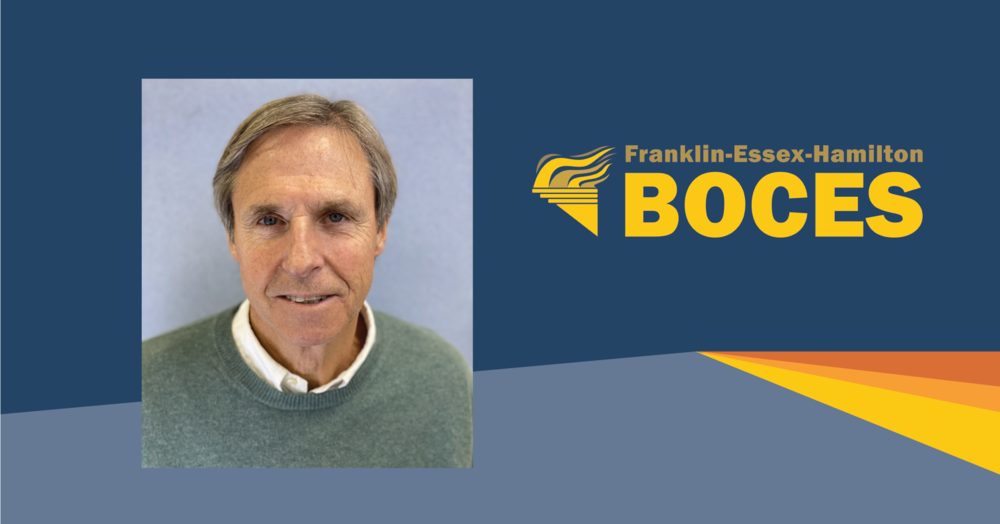 Peter Lynch was appointed this fall to represent the Lake Placid Central School District on the Franklin-Essex-Hamilton BOCES Board of Education.

Lynch replaces Richard Preston, who served on the FEH BOCES board for six years, finishing out Preston’s term that runs through June 30, 2023.

Now retired, Lynch was a teacher and, later in his career, he owned Gordon Pratt Insurance Agency in Lake Placid. He has also served on his local library board, an educational opportunity board and the Lake Placid Education Foundation board.

Lynch also previously served on the FEH BOCES board in the 1990s.

“Since then, I have talked to several young adults who had wished they had gone to BOCES to learn a trade,” Lynch said. “I feel that all students who want to attend BOCES should be encouraged and that the trades are just as important to any community.”

Lynch lives in Lake Placid with his wife Holli, and they raised four children together.

Other members of the FEH BOCES Board of Education and the school districts they represent are:

FEH BOCES board members serve three-year terms and are nominated and approved by their local school boards.