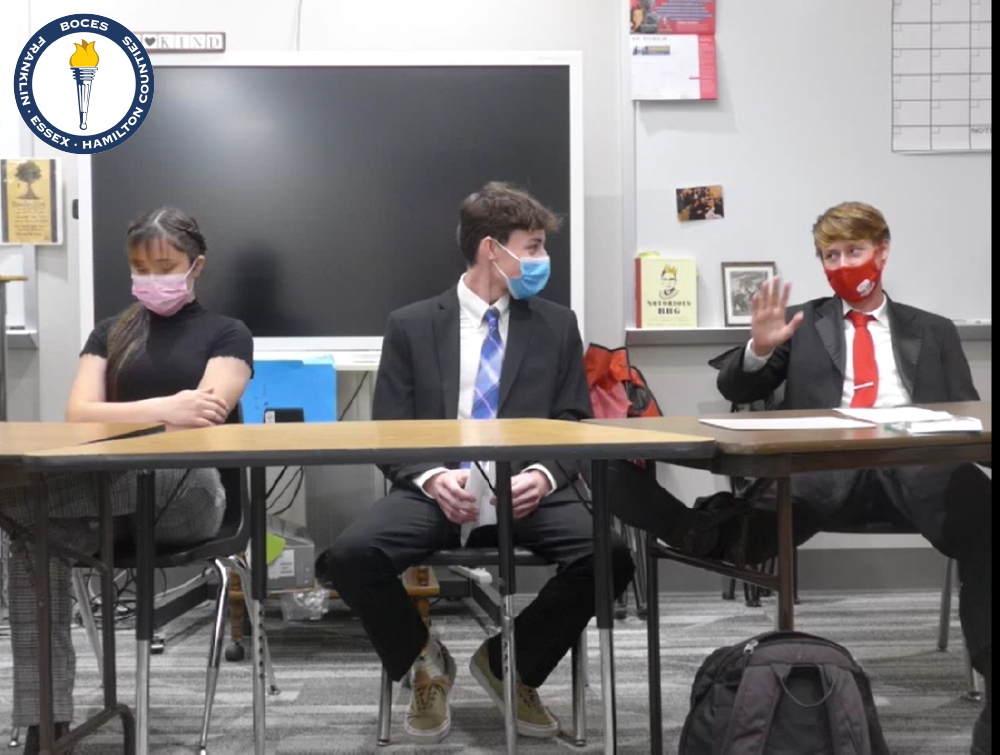 What better time to be learning about the American political process than during election season?

Social Studies teacher Alexandria Harris embraced current events and taught her students at Franklin-Essex-Hamilton BOCES’s Adirondack Educational Center in Saranac Lake about political parties and their issues and platforms by having them stage a mock presidential and vice presidential debate. 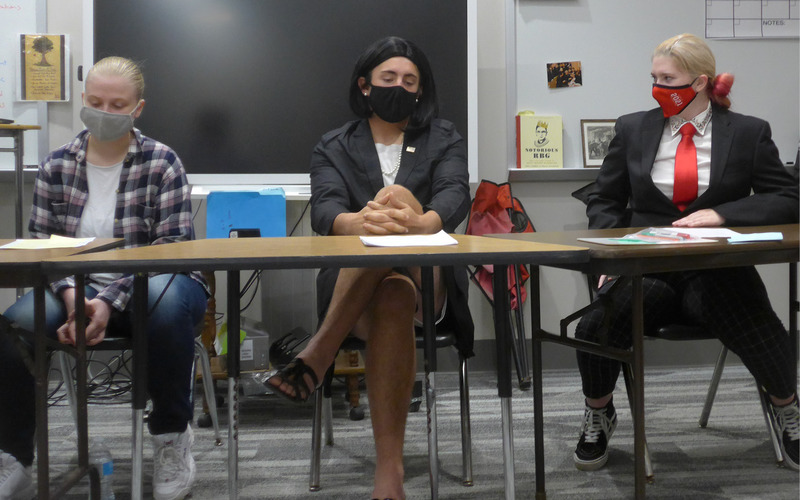 New Vision students picked out of a hat to find out whether they would play the roll of a moderator or one of eight candidates: presidential and vice presidential candidates from the Democrat, Green, Libertarian and Republican parties.

They prepped for the debate by watching the Sept. 29 presidential debate, the first of three scheduled (one ended up being canceled due to COVID-19), filling out a worksheet about the event as they watched and afterward as they evaluated what they saw.

Candidates within the same party worked together to research the candidate’s platform, plans and messages so they could effectively argue their points.

Students playing moderator decided on a debate structure and studied the major issues at play in the election, working together to develop questions to ask the candidates.

On debate day, students dressed like the candidate they were portraying, from flag pins to 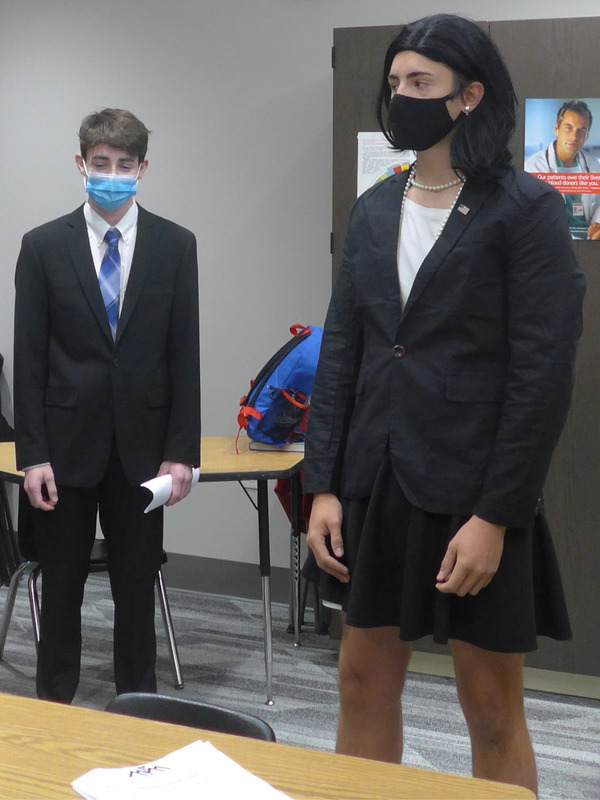